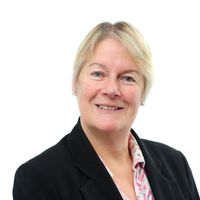 Quote from the Law Society Gazette, "Family justice minister Simon Hughes has pledged to create a country-wide network of in-court advice centres for unrepresented people”. He has pledged £2m to assist litigants in person. It would appear, at last, that the government has realised what solicitors and barristers have been saying from the outset namely that to withdraw legal aid from those that need it means that there will be very many unrepresented people who are probably unlikely to be able to properly represent themselves at family hearings and thus receive a fair hearing. Hallelujah!

So, in-court advice centres. It will be the government who will be paying for this representation as the article makes clear – is this not legal aid, in effect, under another name but with far less possibility of proper preparation for court hearings? Maybe not. The article continues that other new features will include:

Surely each of the above measures will involve considerably expense which, it appears, will be footed by the government – rather as legal aid was.

He goes on to say he wants to increase the number of advisers in each court and he would also like to make online advice easier to find and, in effect, more user friendly. However, I wonder how this will help those who do not have online access or limited computer skills. Not much I fear. He talks of linking litigants with pro-bono lawyers but whilst most firms are prepared to do a certain amount of pro-bono work, judging by the number of litigants in person I have come across in our local courts following the withdrawal of legal aid, an awful lot of pro-bono work will be needed to service all these unrepresented people.

He states “The government is committed to making sure that when people separate that they do it in the best possible way.” He goes on to say “Too many people end up fighting expensive and confrontational court battles when they could be helped to resolve their problems outside of the courts. However when people do end up in court it is imperative that they have the right advice and information”. This is, with respect, what we lawyers have been saying for many years but it is only when the courts are swamped with litigants in person and the judges are inundated with unprepared cases meaning that their workload is at least doubled that the government perhaps realise the truth of the situation.

It is suggested that extra advice will be provided by retired volunteers and law graduates but I do wonder how retired volunteers can be expected to keep up to date on the law. It is clearly about time that something was put in place to replace the withdrawn legal aid and perhaps, and hopefully, this is a step in the right direction. It is essential that each party in family proceedings is given the opportunity for a fair and properly prepared hearing of their case in order that the judge can then come to a balanced decision as to the outcome. Where there are unrepresented parties that cannot always necessarily be the case.