Jeans for Genes Day (23 September 2016) is organised by the charity, Genetic Disorders UK. It is a day dedicated to fundraising and increasing awareness of genetic conditions. The money raised goes towards providing support, equipment and enjoyable days out for children affected by genetic disorders and their families.

There are between 4,000 and 6,000 known genetic diseases. You may have heard of some of the more common conditions, such as cystic fibrosis and Down’s syndrome, but there are others that are extremely rare and difficult to diagnose.

Some individuals do not even know that they have a genetic condition until they become unwell, or a family member shows signs of the disease, and they are then tested for gene mutations. However, many children are born with life-changing, debilitating symptoms caused by a genetic disease.

Researchers from the University of Oxford and the Royal Brompton Hospital have recently made an important breakthrough in identifying a way of potentially providing more conclusive genetic testing.

The study found that abnormal gene variations were present in a higher percentage of the healthy population than previously thought. This suggests that, despite the variation, these genes are not significant in causing disease. By separating out significant and non-significant gene variations, researchers hope that they will be able to pinpoint those that cause particular diseases with greater accuracy. This could lead to more definitive results from genetic testing in the future. The study focussed on patients with cardiomyopathy, but it is thought that the same principles could also be applied to testing for other conditions.

There is a huge amount of ongoing research into genetic disorders and progress is being made all the time, but it is vital to support charities that help those living with genetic disease to make life as enjoyable as possible and to relieve some of the pressure on their family and carers. For this reason, we would encourage everyone to get involved with Jeans for Genes Day. It can be as simple as just paying £1 to wear jeans to work, hosting a cupcake sale, or you could be very adventurous and try a sponsored skydive! Whatever you choose to do, all of the money raised goes to a good cause that really can change lives.

There are between 4,000 and 6,000 diagnosed genetic disorders. It is estimated that one in 25 children is affected by a genetic disorder and therefore 30,000 babies and children are newly diagnosed in the UK each year. Some genetic disorders are apparent at birth while others are diagnosed at different stages throughout childhood, and sometimes into adulthood. 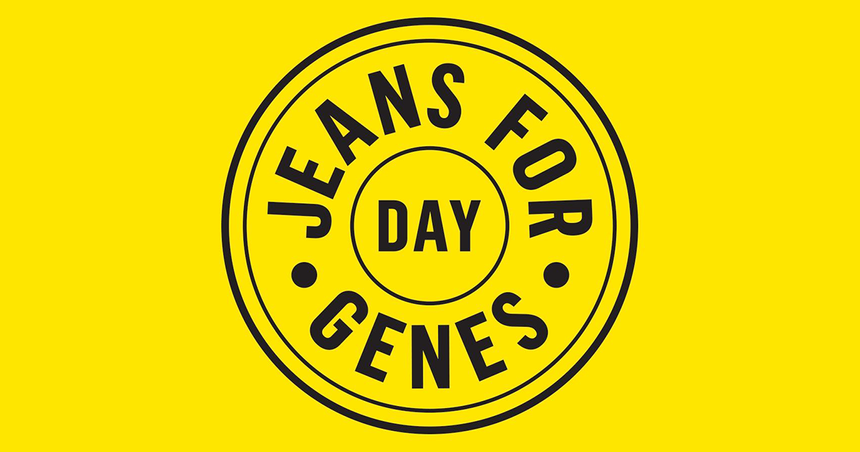