Last night I was fortunate enough to be invited by the UK Sepsis Trust to attend an event at the BT Tower, screening clips from the new film "Starfish".

"Starfish" tells the tragic but uplifting story of Tom Ray, his battle with sepsis, and the impact it had upon him, his wife and his two children.

Tom himself spoke at the event last night, together with Melissa Mead, who lost her son William to sepsis, and Jason Watkins, who lost his daughter Maude. Their stories and their determination to support the work of the UK Sepsis Trust to prevent others from experiencing similar tragedies are incredibly moving and inspirational.

Sepsis is a life threatening condition that arises when the body’s immune system goes into overdrive in response to an infection and injures its own tissues and organs.

One of the aims of The UK Sepsis Trust is to increase awareness of sepsis amongst the public, so that patients and families know what symptoms to look out for and are empowered to ask doctors “Could it be sepsis?”.

Sepsis can initially look like flu, gastroenteritis or a chest infection. The UK Sepsis Trust website lists 6 symptoms to look out for and they advise to seek help urgently if you develop any one of these symptoms:

Passing no urine (in a day)

“Starfish” is released in cinemas on 28 October 2016 and I hope that its portrayal of Tom Ray’s story will help to raise the profile of sepsis and assist with the prevention of some of the 44,000 deaths a year which sepsis currently causes. 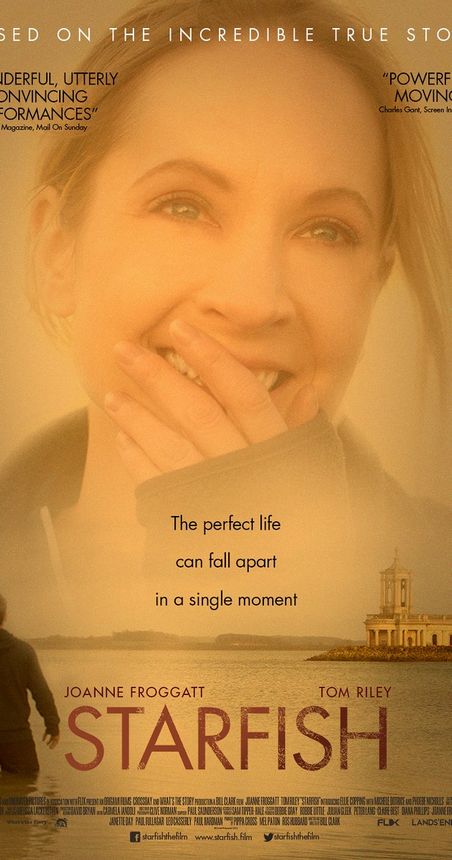 https://t.co/k3jmzGrN6s with me and the wonderful @thisisTomRiley such an important film. We are very passionate about it, hope you are too!

It’s #WorldSepsisDay. And we are proud to present the trailer to #StarfishTheFilm. Out October 28th. Please share. https://t.co/PZPKVPObzo

Hi Ann, keep an eye out on our website https://t.co/4HJT9ujdb5 details of screenings will be released soon.