The moment fans of the Archers had been waiting for arrived recently; Helen Titchener (aka Archer) finally decided that she would start divorce proceedings.

In a storyline that has kept listeners transfixed and shocked in equal measure, you may remember that she had been subjected to escalating levels of abuse during her relationship with her husband Rob, culminating in her stabbing him with a knife.  There followed her immediate arrest and prosecution for attempted murder. During her trial it looked as if she would be convicted up until the last minute when the jury acquitted her.

The whole course of events seems to have shaken not only the fictional small close knit farming community, but also a whole section of our society.  Understandably, it has been tempting to categorise domestic abuse as something that happens in more urban, less middle class areas.  In fact, it can happen anywhere and sadly the statistics are shocking.  In 2015 a study found that 1 in 4 women suffer domestic violence during their lifetime. Men can also be victims.

In December 2015 a new law extended the criminal offence of domestic violence to include coercive or controlling behaviour, being that behaviour that stops short of physical violence but amounts to psychological and emotional abuse, which was the abuse that Helen received from Rob. Physical, financial and sexual abuse are also domestic violence.  It is crucial that anyone suffering or suspecting that someone they know is suffering from domestic violence seeks urgent advice from the many dedicated advice lines available as well as solicitors.

Helen is now out of prison and back in Ambridge on her parents’ farm, but this is not the end of the story.  Rob has emptied their joint account of the significant inheritance she received from her grandmother and is threatening to take their baby son Jack as well as Helen’s son Henry away from her.

In terms of her finances, she should have been advised to make the necessary arrangements with their joint bank account on separation, and in her circumstances freezing the account would have been an obvious step.  More commonly I advise clients to ensure that they cancel the overdraft on the account and take action to protect any personal savings they may have in joint accounts beyond what is needed on a day to day basis.

She is right to start divorce proceedings, as hard a decision as it has been for her, because then she can reach a final binding financial settlement and avoid Rob being able to bring claims against her in the future.

Once my clients have had my initial advice many prefer to try to reach their financial settlement through the many available alternatives to court, such as direct discussion with their spouse, mediation, collaborative practice or negotiation between solicitors (including roundtable meetings).

These options are still available to Helen, but if she finds she needs court proceedings, then these will bring with them a timetable for reaching a resolution and enforcement options if Rob doesn’t comply with court directions.

Another more recent alternative is Arbitration where the parties pay an experienced Arbitrator privately to decide their settlement based on hearing submissions from both parties through their legal teams, which I hope will bring quicker resolutions than through the court in the right cases.

There is likely to be an exchange of financial information/disclosure and then key factors considered such as the parties’ resources, their respective needs, their ages, the length of the marriage and their contributions to it.

It seems unlikely that the current arrangements for the children are settled.  Helen’s eldest son, Henry, was conceived using a sperm donor, but early in their marriage Rob convinced Helen to agree to him adopting Henry as his son.  She was put on the spot, didn’t feel entirely comfortable but was in the first throws of a romantic relationship that she thought would last for the rest of their lives so agreed.  It is crucial that, when making decisions involving children, parents think not only about the here and now, but also what would happen if they were to separate.  I doubt Helen expected that Rob would have been placed in a position where he had sole care of Henry whilst she was in prison and was able to isolate him from her family.

Thankfully that position has been more recently resolved and Henry lives with her and currently doesn’t see Rob, but they still have baby Jack together and Rob is making threats to start court proceedings to try to take over day to day care of both children.

If Helen wants to put forward her strongest case to protect the children from him as much as she can going forwards then she needs advice from a specialist solicitor used to dealing with these types of cases as early as possible.  Sometimes I am contacted by clients who have been reluctantly ‘putting up’ with certain arrangements for far too long, and in some respects this means I have fewer tools to be able to use to improve the situation for them than had they contacted me as soon as they thought they might separate.

Helen needs to emphasise to the court all of the reasons why her intended arrangements are in the children’s best interests, whereas Rob’s plan would not be.  You would hope that this would not be hard given his behaviour but this is where it matters about having an experienced legal team to put forward the best possible case as the judge has a wide discretion as to what arrangements they can put in place. I’ve seen children sharing their time equally between their parents or living primarily with one parent (mother or father) and seeing the other parent often or not so often.  The judge’s paramount concern will be to put in place arrangements that they believe are in the best interests of the child/children given their particular situation.

If you or anyone you know may be experiencing any of the issues above or have any questions about family law generally, please do contact me on gemma.nicholls-webber@freeths.co.uk or 0845 4041714/ 01865 781115 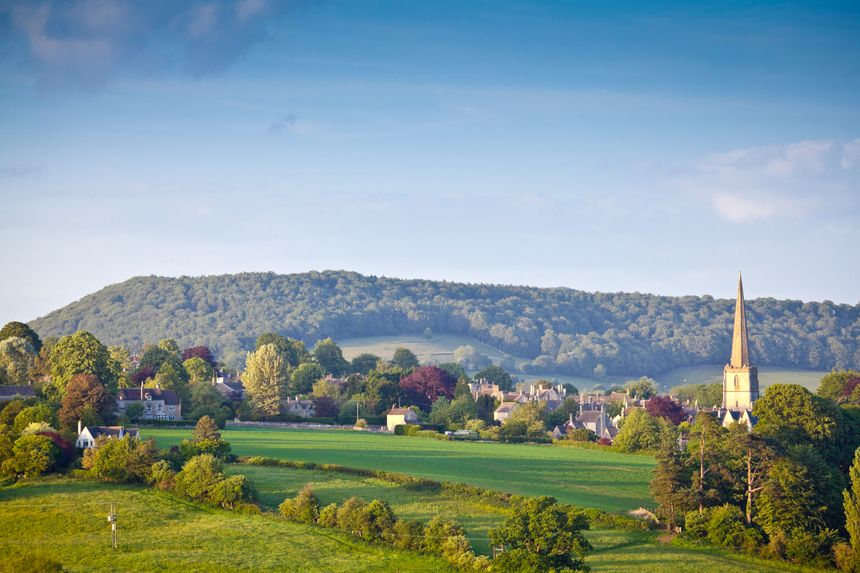 “It’s going to be a Christmas to remember!” #thearchers