What is Group B Strep?

Group B Strep (GBS) is a normal bacterium carried in the vagina that is the most common cause of life-threatening infection in newborn babies. It is known to cause serious illness including meningitis, sepsis and pneumonia.

National charity, Group B Strep Support (GBSS) campaigns to prevent GBS infections in babies and is working particularly hard this July for Group B Strep Awareness month, raising awareness and warning as many people as possible about the deadly bacterium which can cause devastating illnesses in newborns.

An estimated 25% of women are known to carry GBS, yet only 50% of women are estimated to have heard of the bacterium. Women who carry the bacterium can be entirely unaware of it and can be without any symptoms. Although GBS can cause infection in adults, it more commonly affects newborn babies and is recognised to cause preterm delivery, maternal infections, stillbirth and late miscarriages.

Data from 2014 indicates that in the UK and the Republic of Ireland, there has been a 51% increase in the number of infections in babies aged between 0 – 90 days in comparison to that of 2001. It is these statistics that GBSS are fighting hard to change.

How is GBS treated?

Due to the aggressive nature of the illnesses GBS can cause in newborns, adopting preventative measures to tackle GBS is more effective than treatment. Where GBS has been detected during pregnancy, at the start of labour intravenous antibiotics should be given to the mother. The use of antibiotics given at this time has been known to reduce the GBS infection in newborn babies by over 80%.

Before preventative action can be taken, it is first necessary for GBS to be detected. The good news is that GBS can easily be detected by sensitive Enriched Culture Medium (ECM) testing. The bad news is that this ECM testing is rarely available on the NHS and therefore it is not standard practice to test women for GBS.

GBSS are campaigning to change this. They believe that testing should be made readily available to all women when pregnant to check whether they carry the bacterium. Further, they want all pregnant women to be given information on GBS as a routine part of their antenatal care.

In addition to raising awareness of GBS, the charity also believe the long term solution in eliminating GBS is to introduce a vaccine which will prevent the infection. The charity continues to support medical research into the creation of a vaccine. At present though, with no current vaccine available, the view of the charity and its medical advisory panel is that the best way to prevent GBS infections in newborns is to continue to raise awareness of the risks in the first place.

Symptoms of GBS infection in newborns

In contrast, late onset GBS infection typically occurs in babies aged between 6 days and 1 month. Usually, the infection presents as GBS meningitis with sepsis but it can present as pneumonia or osteomyelitis (bone infection) or septic arthritis (joint infection). Symptoms to look out for include blank, staring and trance like expressions, floppiness, pale and blotchy skin and an aversion to bright light. Once a baby is three months’ old, it is unlikely they will contract a GBS infection.

Once diagnosed, a GBS infection needs to be treated quickly and aggressively. If you have any concerns at all that your baby may have a GBS infection, you need to seek urgent medical treatment immediately.

If you are pregnant and have concerns that you may carry GBS, speak to your doctor. If they are unable to provide you with a test, you can purchase a home testing kit for approximately £40 or alternatively, you can visit a private clinic; details of these clinics can be found on the GBSS website. Further information on home testing can be found by clicking on this link: http://gbss.org.uk/information-and-support/testing-for-gbs/ecm-test-where-how/

If you have any concerns that treatment of GBS was mismanaged in your labour and that this has resulted in you losing a child or your child suffering injury, contact Carolyn Lowe, Partner, on 01856 781019 / carolyn.lowe@freeths.co.uk, for a free confidential discussion about your options.

Jane Plumb MBE, GBSS Chief Executive, says: “Knowing about group B Strep when you’re pregnant and in the early weeks after birth can make a massive difference – most group B Strep infections in newborn babies can be prevented, and early treatment can and does save lives.” 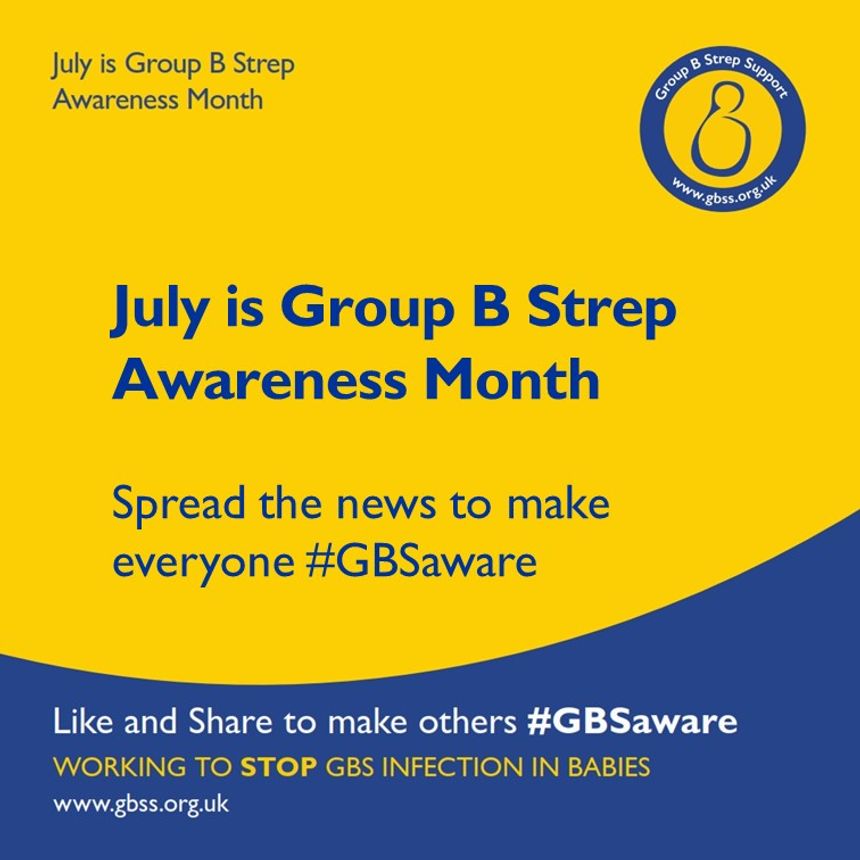 Group B Strep is the most common cause of life-threatening infection in newborn babies - most could be prevented https://t.co/QfgFShKBU1 pic.twitter.com/BZUaCd1FtL