There has been building pressure in Australia for same-sex couples to be able to marry, and after this historic vote the appropriate law change will be debated in parliament.  The government is aiming for the legislation to be passed by Christmas.

The parliament will need to consider not only the marriage but also the law dealing with any subsequent separation.

We have had same sex marriages taking place in England and Wales since 29 March 2014.

These couples can benefit from the certainty of pre-nuptial or post-nuptial agreements dealing with their finances, particularly where they each own property or other assets at the time of their marriage, just like heterosexual couples.

If a same-sex married couple later separate and divorce then the procedure for ending their marriage in England and Wales is almost exactly the same as a heterosexual couple.

To have a binding financial settlement on separation, any married couple, same-sex or heterosexual, need to have a financial order made by the court as part of their divorce. This can either be by consent or imposed by a judge.  Otherwise they risk potential future financial claims, even years into the future.

If you or someone you know would benefit from advice as a result of marriage or divorce, please do contact me on 01865 781115 or gemma.nicholls-webber@freeths.co.uk. For more information please see our guide at http://www.freethsoxford.co.uk/divorce_and_family_finances.

Australians have overwhelmingly voted in favour of legalising same-sex marriage in a historic poll. The non-binding postal vote showed 61.6% of people favour allowing same-sex couples to wed, the Australian Bureau of Statistics said. Jubilant supporters have been celebrating in public spaces, waving rainbow flags and singing and dancing. A bill to change the law was introduced into the Senate late on Wednesday. It will now be debated for amendments. 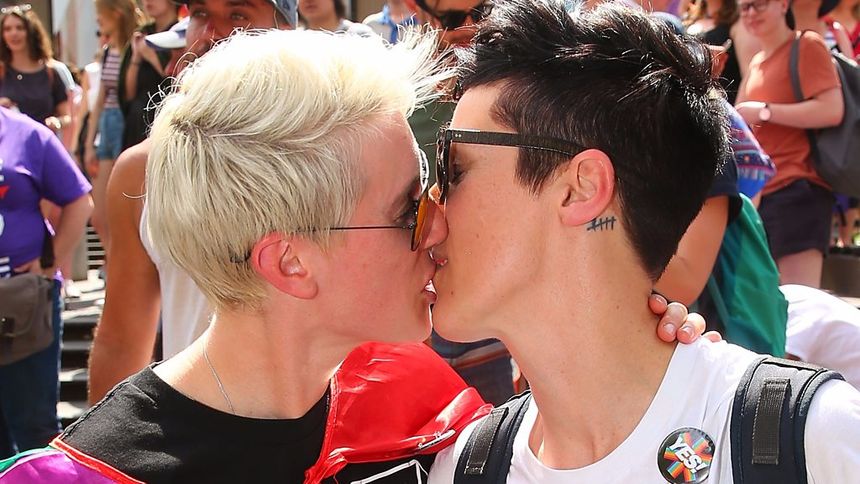