July is Group B Strep (GBS) Awareness Month, but sadly during this month alone 43 babies will develop an early-onset GBS infection.

This provides an important opportunity to highlight and raise awareness of the GBS infection as a potentially preventable cause of meningitis and septicaemia in young babies. Our clinical negligence team in Oxford proud to be supporters and specialist legal panellists of Meningitis Research Foundation campaigns to raise awareness and reduce incidence of meningitis and septicaemia both nationally and internationally.

GBS is a type of streptococcal bacteria carried by approximately 2 in 5 people, usually in the rectum or vagina. GBS will often be harmless and symptomless, but the bacteria poses a significant risk during pregnancy and is the most common cause of severe or life-threatening infections in young babies under 3 months (affecting over 700 babies each year in the UK). The majority of GBS infections in young babies occur when the bacteria present in the birth canal is transferred from mother to baby during labour and child birth. As the babies immune system will not have had time to develop the bacteria is able to more easily spread the blood and cause serious infections such as meningitis, septicaemia or pneumonia which may result in brain damage, catastrophic injures (including amputations) or death.

Maternal risk factors for GBS infection in pregnancy include:

Identifying those at risk during pregnancy combined with early or even prophylactic treatment can reduce the likelihood and or severity of infection. Research suggests that the number and severity of GBS infections and resultant cases of neonatal sepsis and meningitis could be significantly reduced if maternal GBS antenatal screening was introduced in the UK and antibiotics were offered to high risk woman during labour. However, whilst progress continues to be made and GBS testing in the third trimester of pregnancy is more widely available there is still no plan for national NHS screening/testing programme.

A review by the UK National Screening Committee in 2017 concluded that screening tests were not sufficiently accurate to identify those babies most likely to develop significant infections and raised concerns that a large number of women would unnecessarily be offered antibiotics at a time when antibiotic resistance is a major issue for the NHS.  However, updated guidance from the Royal College of Obstetrics provided to NHS trusts last September does recommend that women who go into labour before 37 weeks gestation should be offered antibiotics to prevent passing on GBS. Women who have tested positive for GBS in a former pregnancy should also be tested to see if they are need antibiotics in labour.

As specialists in meningitis and sepsis claims, particularly in babies, our Oxford team have seen too often the devastating impact of that GBS infections can have. We support the campaign to improve and increase GBS screening and increase early treatment to tackle if not prevent these life threatening neonatal infections and to reduce the risk and incidence of still birth.

If you or your family have been affected by the issues above, please contact Catherine Bell (01865 781140 / Catherine.bell@freeths.co.uk or Carolyn Lowe (0186 578 1019 / carolyn.lowe@freeths.co.uk) in our Oxford office for a free and confidential discussion of your legal options.

Alternatively please follow the link below for details of the rest of our national Clinical Negligence team: http://www.freeths.co.uk/legal-services/individuals/clinical-negligence/

Knowing about group B Strep when you’re pregnant and in the early weeks after birth can make a massive difference – most group B Strep infections in newborn babies can be prevented, and early treatment can and does save lives.” (Jane Plumb MBE, GBSS Chief Executive) 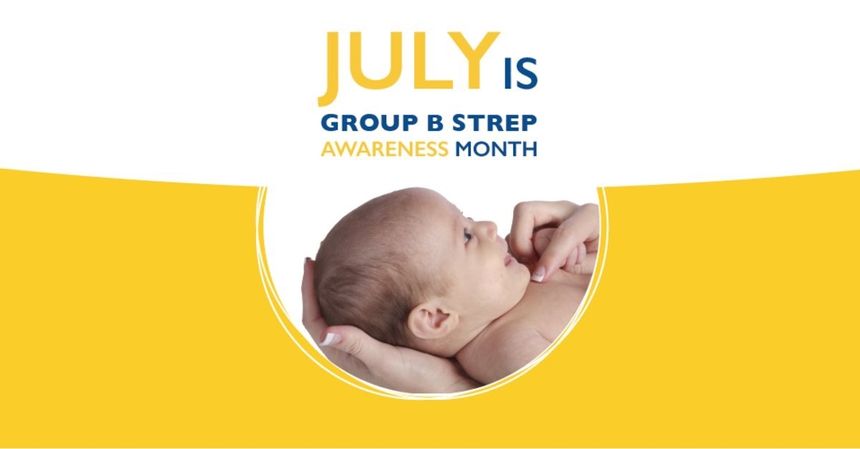 July is Group B Strep Awareness Month. Join us in raising awareness of group B Strep infection in babies https://t.co/ZgiEiAYiVT #GBSAM18

Every day, 2 babies develop #GroupBStrep infection: the most common cause of severe infection in newborns, and of meningitis in babies under 3 months. We are joining @GBSSupport to raise awareness among new and expectant parents. Read more here: https://t.co/88rcPjBUBh #GBSAM18 pic.twitter.com/JIUn7yyVYi

Many Trusts offer nuchal scans on the NHS; it's time to offer sensitive testing for group B Strep too https://t.co/siYeR2J6JI #GBSaware

July is International Group B Strep Awareness Month! GBS can harm babies during pregnancy through several months of age. Find out how you can promote GBS awareness in your community and workplace at https://t.co/WAlBhHd289 #starttheGBSconversation #GBSISaBigDeal #groupbstrep #gbs pic.twitter.com/RGDYLPtDQ1

July is Group B Strep awareness month. GBS is the main cause of meningitis & septicaemia in newborn babies, & we're proud to work closely alongside organisations dedicated to fighting GBS. Click here: https://t.co/uQ99YdeRCp to find out more about their work. @GBSSupport #GBSAM18