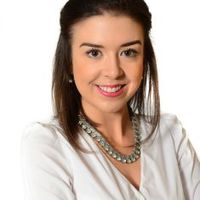 In a previous blog we explained that in August 2016 University Hospitals of Leicester NHS Trust (the Trust) commissioned the Royal College of Surgeons (RCS) to carry out an external review of their Oral and Maxillofacial Surgery (OMFS) service at Leicester Royal Infirmary. The RCS review team visited Leicester Royal Infirmary in November 2016 and then again following a further detailed review of patient records at the beginning of 2017.

As a result of the concerns raised by the RCS, the Trust immediately suspended all complex reconstructive cancer surgery of the oral cavity and oropharynx and this suspension remains in place until such time as the Trust can give assurance that the appropriate structures and processes are in place to re-open this type of surgery.

Following the suspension there was a second independent review into the concerns raised by the RCS. This involved independent Oral and Maxillofacial Surgeons inviting people who had been treated by the OMFS to meetings to discuss their concerns. The expert reviewers confirmed the failings within the service that had been identified in the earlier report from the RCS and also identified that a number of patients came to harm as a result of the treatment that they received from the OMFS. In some cases where the Trust initially denied harm they have now changed their decision after having face-to-face discussions with our clients to discuss their concerns. However, we still remain concerned that some patients may have been written to by the Trust and advised that they have not been harmed when they have potentially been harmed. We would encourage anyone in that situation to please contact us.

In our last blog, we explained that we are in regular correspondence with the Trust’s solicitors to develop a claims handling agreement to streamline the approach to resolving these claims. We are pleased that we have now had our first meeting with the Trust’s solicitors to discuss the detail behind a claims handling agreement that will apply in respect of these claims against the Trust.

Given our extensive knowledge and experience with group actions having acted as the lead solicitors for claimants in both the Leicester cervical smear and epilepsy group actions against the Trust, we are pleased to once again be at the forefront of negotiations that will hopefully see these claims resolved quickly and fairly.

We and the Defendant’s solicitors are committed to doing the right thing and resolving these claims to ensure all those harmed receive the compensation they are rightly entitled to.

Our specialist Clinical Negligence team has many years of experience in dealing with Maxillofacial surgery claims and group actions. If you, or a loved one has any concerns in relation to treatment that you have received from the Maxillofacial service of Leicester Royal Infirmary, please contact one of our national team:-

Jane Williams, Partner and National Head of Clinical Negligence (Leicester) on 0845 272 5724 or jane.williams@freeths.co.uk

A step in the wrong direction? NICE says vaginal mesh ban can be lifted with changes
Alicia Gill

Hospital Complaints - Are Hospitals learning from their mistakes?
Lisa Goulding

What is family mediation? Not counselling or reconciliation...
Claire Colbert