An investigation into poor maternity care provided by hospitals in East Kent has found that the deaths of at least seven babies since 2016 'could have been avoided'.

This comes on the back of other shocking maternity scandals at NHS hospitals including Shrewsbury and Telford Hospital.

The Trust responsible, East Kent NHS Foundation Trust, has apologised for "not always provided the right standard of care".

The Trust, which has been in special measures since 2014 when the Care Quality Commission rate it’s maternity services as inadequate, is responsible for 5 hospitals and the care of almost 7000 babies born each year.

The seven tragic cases highlighted by a BBC investigation include:

- Harry Richford, who died age 7 days in 2017 after complications during delivery and with his neonatal care. An inquest is expected to conclude shortly that his death was preventable.

- Archie Powell, who died aged four days old in early 2019 after a failure to diagnose his group B streptococcus infection.

- Tallulah-Rai Edwards who was stillborn last year after her mother was discharged without sufficient investigations and heart rate monitoring.

- Hallie-Rae Leek who died aged four days old in 2017 after suffering brain damage due to failures to intervene during labour.

- Archie Batten who died shortly after his birth in 2019 following delays in his delivery.

- A still birth in 2016 where staff failed to act on suspicious CTG readings and to deliver the baby promptly.

- A second still birth in 2016 where a baby girl died after the trust missed risk factors and failed to properly monitor the CTG.

The total number of stillbirths and babies who die within 28 days of being born at the Trust has been consistently higher than the UK average for every year between 2014 and 2017 (the last year for which figures are available).

The hospital at the centre of the investigation, Queen Elizabeth The Queen Mother Hospital in Margate, is now under criminal investigation after it emerged that many of the safety issues in the maternity unit were identified prior to the first of these deaths in 2016.

A Royal College of Obstetricians and Gynaecologists review of maternity care in 2015 identified concerns including poor team-working, consultants to guidelines and procedure, and use of out of date clinical guidelines. In particular the review highlighted consultants who:

- failed to carry out labour ward rounds, review women, make plans of care or attend out of hours when requested

Further concerns were raised in 2016 that lives were being put at risk because consultants were not showing up for weekend and evening shifts leaving junior doctors and midwives to handle complicated births. An audit by the trust in 2016 revealed only a 68 per cent attendance rate for consultants at the Margate hospital.

The trust is expected to receive specialist support and advice from NHS England’s national maternity safety programme to help improve training and care.  A trust spokesman indicated that they recognise the scale of change needed and were looking to recruit more doctors.

Sadly, no apology can be sufficient for families who have lost a child or seen their baby suffer harm in avoidable circumstances, but we can only hope that steps taken to address the concerns raised here will prevent future tragedies not just in East Kent Hospitals but across the NHS.

Catherine Bell is a specialist in birth injury and obstetric claims. Catherine is also an accredited panel solicitor for AvMA, Action against Medical Accidents, an independent patient safety charity, providing advice and support to patients.

The Freeths Clinical Negligence department is headed by:

The Independent has seen evidence of a number of repeated errors at the trust including baby deaths and children left brain-damaged by delays in treatment and not recognising the deteriorating heart rates of babies in distress. Between 2014-2018 there were 68 baby deaths at the trust for children aged under 28 days old and of those, 54 died within their first 7 days. There were 143 stillbirths, although this includes some late terminations. In total 138 babies suffered brain damage after being starved of oxygen during birth. 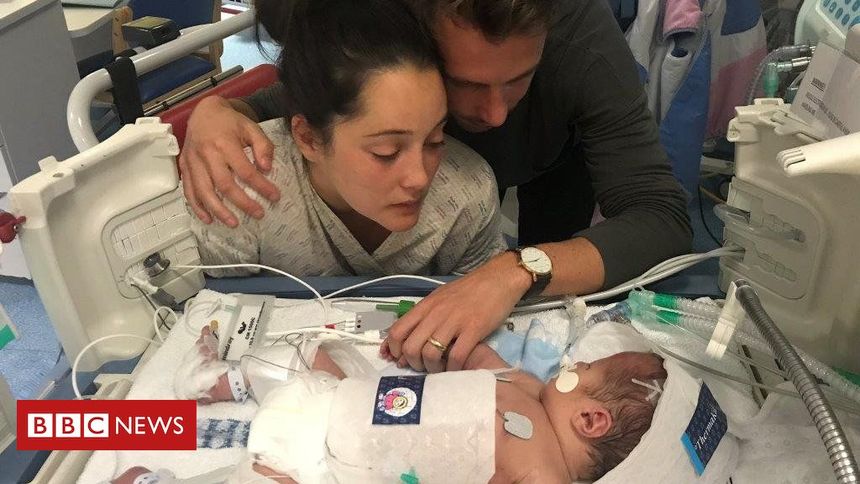 Baby deaths at East Kent hospitals to be investigated https://t.co/bpCl4DQFzL

Criminal investigation launched into maternity unit at the centre of string of baby deaths: https://t.co/vHNJhLDfd5

Significant concerns have been raised about maternity services at East Kent NHS Foundation Trust where at least seven preventable baby deaths may have occurred. The BBC has spoken to the families of five of those babies. Here is a thread of what happened. https://t.co/hI04uI9fs2

These problems coming to light largely due to @DerekRichford Inquest into death of Harry Richford due to conclude tomorrow. BBC News - East Kent hospitals: Baby deaths 'could have been prevented' https://t.co/W3Spw1A9Qp